Get a Free Quote! 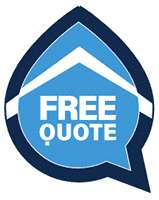 About The Brothers that just do Gutters

Our mantra, “Reinventing Contractor Service™” is the phrase we live by in all areas of our business, every day.

Atmar was born in 1956 in Orangeburg, South Carolina, and reared in Branchville, South Carolina, where he grew up on a farm and began working at the age of ten years old. Atmar was educated in the Branchville Public School System and attended Charleston Southern University.

Atmar began a career in telecommunications in 1975 while working a summer job with McCall-Thomas Engineering. In 1977 he joined Contel in South Carolina and was soon promoted and transferred to the Contel headquarters in Atlanta, Georgia. After spending eight years with Contel, he formed his own company in 1985, Fiber Optic Services, in Atlanta. Atmar successfully grew Fiber Optic Services for two years —growing the revenues to over one million dollars annually. Later he merged the company with Datel Communications in Chickamauga, Georgia —forming Datel Fibernet in 1987.

Later in 2015, TE’s Broadband Division was acquired by CommScope of Hickory, North Carolina where Atmar assumed responsibility for all US telecom sales including, Verizon and AT&T. He retired after three years with CommScope and accepted a position as VP of Sales for the Tier One Telecom Service Provider market at Anixter, a global distributor of telecom products. Atmar enjoyed forty-plus years in the telecommunications industry.

Atmar has been married for thirty-three years to his wife, Tracy, and they reside in Chattanooga, Tennessee. They are blessed to have a daughter, Laura, living close by in Chattanooga. Laura is married to a fine young man, Thomas. The family has been blessed with a beautiful granddaughter, Collier.

When Atmar is not working or visiting with family, some of his interests include being a Member of the University of Tennessee – Chattanooga – Athletic Advisory Committee — “The Moc Flock”. Atmar enjoys golf and saltwater fishing and has also been a past Board Chair for the East Tennessee Chapter of the Make-A-Wish Foundation (2004 – 2010)

How It All Began

In 1999 Ken Parsons had just left the teaching industry and started his own gutter contractor company under the name Waterfall Seamless Gutters. In 2002 Ken’s younger brother, Ryan Parsons, accepted a job on the truck with Ken after the Graphic Design company he was working for crashed. In 2006 the Brothers briefly changed their name to Water-flow Gutter Solutions before finally becoming “The Brothers that just do Gutters” in 2009. The name we all know and love came from a radio ad the Brothers ran just a couple years prior to the change. Everyone who heard it liked it so much they thought it was the company name so Ken and Ryan stopped fighting it and adopted the name. With the name change came a few title changes as well. We decided we no longer wanted to be salesman, presidents or owners but rather Solutionists©, which embodied what we represent to our clients. Ken Parsons was re-entitled Senior Solutionist©, and Ryan Parsons became Chief Solutionist©.

Being in the gutter contractor business for over 15 years was an effort of adaptation and determination. We have been able to be successful for so long because we made our main focus the customer. The Brothers that just do Gutters offer a wide variety of installations, cleaning and repairs in a small niche industry of seamless rain gutters and leaf guards. We have been able to grow the reliability of our services and offer only the best products by focusing all our effort on gutter systems and guards.


Connect Email, text, call, or message us to begin the process.

Schedule Our call center will work with you to find the best time to visit.

Solve A custom solution for your gutter needs is created for your home.

Schedule Our call center will work with you to find the best time to install.

Our mantra, “Reinventing Contractor Service™” is the phrase we live by in all areas of our business, every day. The story of The Brothers that just do Gutters began with hard work and a dream to be a community-loved contractor. We wanted to reinvent how clients experience contractor services and provide a level of customer service and reliability that was lacking in our industry.

Along the way, we had to learn to move at the speed of business and invent many new methods never before implemented in the contractor field. Meeting our goal of being a five-star contractor and reinventing contractor service meant focusing on every detail of the job. By creating a unique experience with the homeowner, investing in our employees, sourcing the best products, and creating training methods for publishing every review a homeowner made on our independent review services, we started to rise above the rest.